Blue Bell Creameries told a Texas federal court that two Travelers units must defend it in a shareholder suit over listeria contamination because the alleged investor losses stem directly from bodily injury to customers, which falls within the scope of the ice cream maker’s insurance policy. 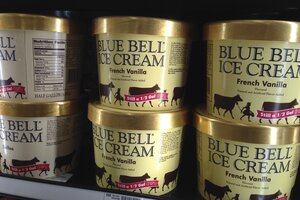 Blue Bell is facing a shareholder suit alleging that the ice cream maker’s leadership did nothing to change course after product samples tested positive for listeria in as early as 2013. (AP Photo/Orlin Wagner)

“Without the bodily injury to consumers, the financial injury to [shareholders] would not have happened. These allegations are sufficient to trigger the duty to defend,” Blue Bell said Friday.

The 2015 listeria outbreak, which prompted mass product recalls from the U.S. Food and Drug Administration and Centers for Disease Control and Prevention, qualifies as an occurrence even if the underlying suit claims that company executives breached their fiduciary duties by failing to adequately oversee operations or investigate potential hazards, Blue Bell said. The shareholder suit specifically alleged that company leadership did nothing to change course after samples tested positive for the bacteria in as early as 2013.

“Texas courts have long held that even intentional acts may constitute an occurrence that results in covered bodily injury or property damage when the damage itself is not intended or expected by the actor,” Blue Bell continued, adding that an exclusion for intentional bodily injury doesn’t apply either.

Blue Bell last year paid $17.25 million in criminal penalties after it pled guilty to two misdemeanor counts of distributing adulterated ice cream products. That amounts to the largest-ever criminal penalty following conviction in a food safety case, the U.S. Department of Justice said at the time.

As for the other exclusions the insurers raised, a product recall exclusion doesn’t apply because Blue Bell is not seeking coverage for losses stemming from its recalls, but rather the alleged losses to shareholders, the ice cream maker said. A personal and advertising injury exclusion is not applicable either, since the bodily injuries arose out of product contamination and the underlying suit did not allege personal or advertising injury, Blue Bell added.

“Because the undisputed facts show a potential for coverage and also that at least some of the claims in the underlying suit fall outside of the named exclusions, plaintiffs are obligated to defend the entire suit,” Blue Bell said.

The ice cream maker also claimed the insurers breached its 2015 CGL policy and are therefore on the hook for an unspecified amount of damages.

Counsel for the parties did not immediately respond to Law360’s requests for comment Monday.

Sign up with your email address to receive news and updates.

This site uses cookies. By continuing to browse the site, you are agreeing to our use of cookies.

We may request cookies to be set on your device. We use cookies to let us know when you visit our websites, how you interact with us, to enrich your user experience, and to customize your relationship with our website.

Click on the different category headings to find out more. You can also change some of your preferences. Note that blocking some types of cookies may impact your experience on our websites and the services we are able to offer.

These cookies are strictly necessary to provide you with services available through our website and to use some of its features.

Because these cookies are strictly necessary to deliver the website, refuseing them will have impact how our site functions. You always can block or delete cookies by changing your browser settings and force blocking all cookies on this website. But this will always prompt you to accept/refuse cookies when revisiting our site.

We fully respect if you want to refuse cookies but to avoid asking you again and again kindly allow us to store a cookie for that. You are free to opt out any time or opt in for other cookies to get a better experience. If you refuse cookies we will remove all set cookies in our domain.

We provide you with a list of stored cookies on your computer in our domain so you can check what we stored. Due to security reasons we are not able to show or modify cookies from other domains. You can check these in your browser security settings.

These cookies collect information that is used either in aggregate form to help us understand how our website is being used or how effective our marketing campaigns are, or to help us customize our website and application for you in order to enhance your experience.

If you do not want that we track your visit to our site you can disable tracking in your browser here:

We also use different external services like Google Webfonts, Google Maps, and external Video providers. Since these providers may collect personal data like your IP address we allow you to block them here. Please be aware that this might heavily reduce the functionality and appearance of our site. Changes will take effect once you reload the page.

The following cookies are also needed - You can choose if you want to allow them: